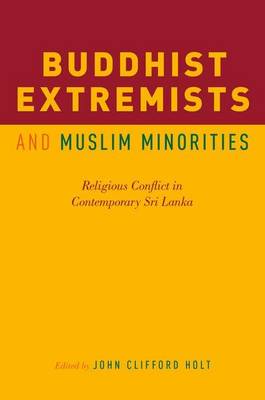 2009 brought the end of the protracted civil war in Sri Lanka, and observers hoped to see the re-establishment of harmonious religious and ethnic relations among the various communities in the country. Immediately following the war's end, however, almost 300,000 Tamil people in the Northern Province were detained for up to a year's time in hurriedly constructed camps where they were closely scrutinized by military investigators to determine whether they might pose a threat to the country. While almost all had been released and resettled by 2011, the current government has not introduced, nor even seriously entertained, any significant measures of power devolution that might create meaningful degrees of autonomy in the regions that remain dominated by Tamil peoples. The Sri Lankan government has grown increasingly autocratic, attempting to assert its control over the local media and non-governmental organizations while at the same time reorienting its foreign policy away from the US, UK, EU, and Japan, to an orbit that now includes China, Burma, Russia and Iran. At the same time, hardline right-wing groups of Sinhala Buddhists have propagated-arguably with the government's tacit approval-the idea of an international conspiracy designed to destabilize Sri Lanka. The local targets of these extremist groups, the so-called fronts of this alleged conspiracy, have been identified as Christians and Muslims. Many Christian churches have suffered numerous attacks at the hands of Buddhist extremists, but the Muslim community has borne the brunt of the suffering. Buddhist Extremists and Muslim Minorities presents a collection of essays that investigate the history and current conditions of Buddhist-Muslim relations in Sri Lanka in an attempt to ascertain the causes of the present conflict. Readers unfamiliar with this story will be surprised to learn that it inverts common stereotypes of the two religious groups. In this context, certain groups of Buddhists, generally regarded as peace-oriented , are engaged in victimizing Muslims, who are increasingly regarded as militant , in unwarranted and irreligious ways. The essays reveal that the motivations for these attacks often stem from deep-seated economic disparity, but the contributors also argue that elements of religious culture have served as catalysts for the explosive violence. This is a much-needed, timely commentary that can potentially shift the standard narrative on Muslims and religious violence.

1. Sinhala Buddhist Nationalism and Muslim Identity in Sri Lanka: One Hundred Years of Conflict and Coexistence
By M. A. Nuhman

2. Rethinking Muslim Identity in Sri Lanka
By Dennis B. McGilvray

3. Refuge in the State: Buddhist Monks and Virtuous Governmentality
By Jonathan A. Young

5. Gossip, Rumor and Propaganda in Anti-Muslim Campaigns of the Bodu Bala Sena
By Kalinga Tudor Silva

7. Stories in the Aftermath of Aluthgama
By Farzana Haniffa