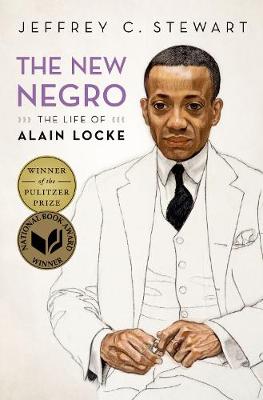 A tiny, fastidiously dressed man emerged from Black Philadelphia around the turn of the twentieth century to mentor a generation of young artists like Langston Hughes, Zora Neale Hurston, and Jacob Lawrence and call them the New Negro-the gender ambiguous, transformative, artistic African Americans whose art would subjectivize Black people and embolden greatness. Alain Locke (1885-1954) believed Black Americans were sleeping giant that could transform America into a truly humanistic and pluralistic society. In the 1920s, these views were radical, but by announcing a New Negro in art, literature, music, dance, theatre, Locke shifted the discussion of race from the problem-centered discourses of politics and economics to the new creative industries of American modernism. Although this Europhile detested jazz, he used the Jazz Age interest in Black aesthetics to plant the notion in American minds that Black people were America's quintessential artists and Black urban communities were crucibles of creativity where a different life was possible in America. By promoting art, a Black dandy subjectivized Black people and became in the process a New Negro himself. Jeffrey C. Stewart's comprehensive biography of Locke is a surprisingly gripping read... Locke's life story, beginning as a young black man who was born to a middle-class family in Philadelphia, and who was especially close with his mother, is compelling right from the beginning. * Vox * Stewart's biography is no mere birth-to-death catalogue of Locke's deeds in life; it is comprised of exquisite intellectual detail that Stewart presents as the defining engine of his subject's development. * Black Perspectives * The New Negro is a nuanced biography of a complicated, important figure in black and queer cultural history... Those brave enough to plunge in... will find much of interest to take away. * The Gay & Lesbian Review * Stewart's sprawling, magisterial labor of love comes as a reminder that in those Birth of a Nation days a century ago, when race relations were far worse than they are now, a fiercely independent philosopher of color set down visions of black American freedom beyond economic agendas, nationalist visions, and political protest. This book draws Alain Locke out of the shadows and bestows his legacy to artists of all colors and genders seeking freedom from narrow-minded expectations and fear-mongering hypocrisy. * Bookforum * A masterpiece of sustained craft, research, and historical scope. * New York Journal of Books * Locke's achievement-an