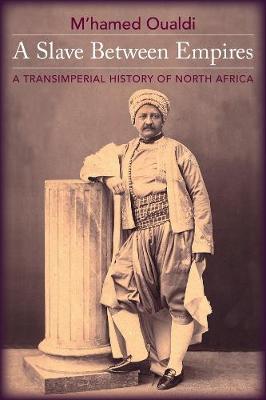 A Slave Between Empires: A Transimperial History of North Africa

In June 1887, a man known as General Husayn, a manumitted slave turned dignitary in the Ottoman province of Tunis, passed away in Florence after a life crossing empires. As a youth, Husayn was brought from Circassia to Turkey, where he was sold as a slave. In Tunis, he ascended to the rank of general before French conquest forced his exile to the northern shores of the Mediterranean. His death was followed by wrangling over his estate that spanned a surprising array of actors: Ottoman Sultan Abdulhamid II and his viziers; the Tunisian, French, and Italian governments; and representatives of Muslim and Jewish diasporic communities. A Slave Between Empires investigates Husayn's transimperial life and the posthumous battle over his fortune to recover the transnational dimensions of North African history. M'hamed Oualdi places Husayn within the international context of the struggle between Ottoman and French forces for control of the Mediterranean amid social and intellectual ferment that crossed empires. Oualdi considers this part of the world not as a colonial borderland but as a central space where overlapping imperial ambitions transformed dynamic societies. He explores how the transition between Ottoman rule and European colonial domination was felt in the daily lives of North African Muslims, Christians, and Jews and how North Africans conceived of and acted upon this shift. Drawing on a wide range of Arabic, French, Italian, and English sources, A Slave Between Empires is a groundbreaking transimperial microhistory that demands a major analytical shift in the conceptualization of North African history.

A Slave Between Empires: A Transimperial History of North Africa

Acknowledgments
Note on Transliteration
Introduction: A North African Land and Its Ottoman and Colonial Legacies
1. Husayn: An Ottoman Reformer and a Product of Ottoman Reforms
2. Husayn's Wealth: How to Build and Protect an Estate Between Empires
3. A World of "Affairs": Litigation as a Tool for Negotiation
4. The Diplomatic Conflicts Over Husayn's Estate: Ottoman and Italian Interventions
5. Sovereigns, Mothers, and Creditors: The Agency of Husayn's Potential Heirs
6. Husayn's Legacies in Colonial Tunisia: An Epilogue
Conclusion: Local and Imperial Histories of the Maghreb
Select Glossary
Notes
Bibliography
Index