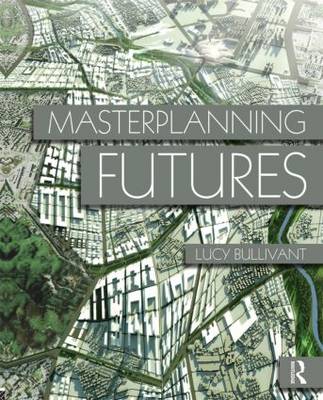 Winner of the Urban Design Group's 2014 Book of the Year Award!


In the past, spatial masterplans for cities have been fixed blueprints realized as physical form through conventional top down processes. These frequently disregarded existing social and cultural structures, while the old modernist planning model zoned space for home and work. At a time of urban growth, these models are now being replaced by more adaptable, mixed use plans dealing holistically with the physical, social and economic revival of districts, cities and regions. Through today's public participative approaches and using technologically enabled tools, contemporary masterplanning instruments embody fresh principles, giving cities a greater resilience and capacity for social integration and change in the future.


Lucy Bullivant analyses the ideals and processes of international masterplans, and their role in the evolution of many different types of urban contexts in both the developed and developing world. Among the book's key themes are landscape-driven schemes, social equity through the reevaluation of spatial planning, and the evolution of strategies responding to a range of ecological issues and the demands of social growth.

Drawing on first-hand accounts and illustrated throughout with colour photographs, plans and visualizations, the book includes twenty essays introduced by an extensive overview of the field and its objectives. These investigate plans including one-north Singapore, Masdar City in Abu Dhabi, Xochimilco in Mexico City and Waterfront Seattle, illuminating their distinct yet complementary integrated strategies. This is a key book for those interested in today's multiscalar masterplanning and conceptually advanced methodologies and principles being applied to meet the challenges and opportunities of the urbanizing world.


The author's research was enabled by grants from the Commission for Architecture and the Built Environment (CABE), the SfA (the Netherlands Architecture Fund), the Danish Embassy and support from the Alfred Herrhausen Society. "Lucy Bullivant has completed and published in Masterplanning Futures a comprehensive outlook on some of the most relevant large scale developments in the world that are configuring a new understanding on the role of master plans." - Manu Fernandez, Human Scale Cities


"The book sets out to explore the diverse range of activities within the broad - and questionable - banner of 'masterplanning'. Bullivant examines a wide range of design interventions in the city, the motivations of designers and patrons and their relationship to place and culture." - Jonathan Kendall, Architecture Today


"Set against the wider horizon appearing in the wake of the global economic crisis, this book presents a thoroughly researched argument for a reclaimed approach to masterplanning. A lively, discursive introduction charts how masterplans can no longer be singular, top-down prescriptions but must offer a collective vision and operate as a framework that can be adapted over time." - Juliet Bidgood, Issue 128, Autumn 2013, Urban Design


"There is an almost mythical quality to the place called city - where those that have achieved a certain convergence of cultures and resources become iconic in the map of the world - the pleasure of them transcending the work they are made of. Masterplanning Futures makes a worthwhile casebook for these possible cities."- Juliet Bidgood, Urban Design Group Journal