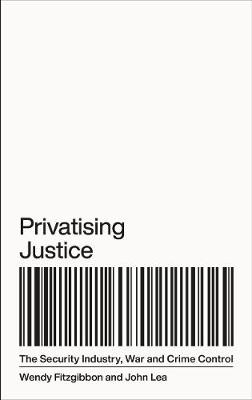 Privatising Justice takes a broad historical view of the role of the private sector in the British state, from private policing and mercenaries in the eighteenth century to the modern rise of the private security industry in armed conflict, policing and the penal system. The development of the welfare state is seen as central to the decline of what the authors call 'old privatisation'. Its succession by neoliberalism has created the ground for the resurgence of the private sector. The growth of private military, policing and penal systems is located within the broader global changes brought about by neoliberalism and the dystopian future that it portends. The book is a powerful petition for the reversal of the increasing privatisation of the state and the neoliberalism that underlies it.

2. The Consolidation of State Power and Legitimacy

3. The Re-emergence of Private War

5. The Private Sector in the Penal System

6. Towards a Private State?