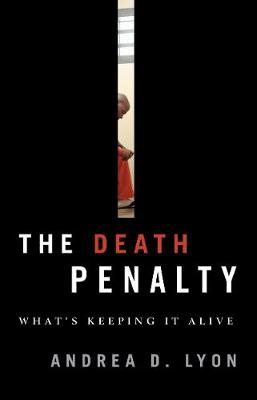 The United States is divided about the death penalty-17 states have banned it, while the remaining states have not. From wrongful convictions to botched executions, capital punishment is fraught with controversy. In The Death Penalty: What's Keeping It Alive, award-winning criminal defense attorney Andrea Lyon turns a critical eye towards the reasons why the death penalty remains active in most states, in spite of well-documented flaws in the justice system. The book opens with an overview of the history of the death penalty in America, then digs into the reasons capital punishment is a fixture in the justice system of most states. The author argues that religious and moral convictions play a role, as does media coverage of crime and punishment. Politics, however, plays the biggest role, according to the author, with no one wanting to look soft on crime. The death penalty remains a deadly political tool in most of the United States.