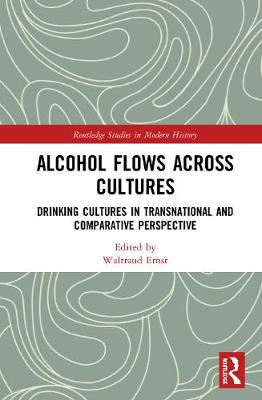 This book maps changing patterns of drinking. Emphasis is laid on the connected histories of different regions and populations across the globe regarding consumption patterns, government policies, economics and representations of alcohol and drinking.


Its transnational perspective facilitates an understanding of the local and global factors that have had a bearing on alcohol consumption and legislation, especially on the emergence of particular styles of 'drinking cultures'. The comparative approach helps to identify similarities, differences and crossovers between particular regions and pinpoint the parameters that shape alcohol consumption, policies, legal and illegal production, and popular perceptions.


With a wide geographic range, the book explores plural drinking cultures within any one region, their association with specific social groups, and their continuities and changes in the wake of wider global, colonial and postcolonial economic, political and social constraints and exchanges.

2. The Same Drink? Wine and absinthe consumption and drinking cultures among French and Muslim groups in nineteenth-century Algeria

3. Drinking and Production Patterns of Wine in North Africa During French Colonisation, c. 1830-1956

4. International Dis-ease: Alcohol and colonialism in the international city of Tangier, c. 1912-1956

5. Between Promotions and Prohibitions: The shifting symbolisms and spaces of beer in modern Turkey

6. Good Hope for the Pilsner: Commerce, culture, and the consumption of the Pilsner beer in British Southern Africa, c. 1870-1914

9. Gariahat Whisky: Bootlegged cosmopolitanism and the making of the nationalistic state, Calcutta, c. 1923-35