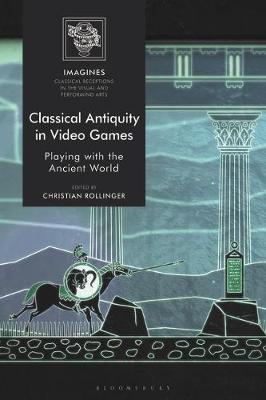 Classical Antiquity in Video Games: Playing with the Ancient World

From gaming consoles to smartphones, video games are everywhere today, including those set in historical times and particularly in the ancient world. This volume explores the varied depictions of the ancient world in video games and demonstrates the potential challenges of games for scholars as well as the applications of game engines for educational and academic purposes. With successful series such as "Assassin's Creed" or "Civilization" selling millions of copies, video games rival even television and cinema in their role in shaping younger audiences' perceptions of the past. Yet classical scholarship, though embracing other popular media as areas of research, has so far largely ignored video games as a vehicle of classical reception. This collection of essays fills this gap with a dedicated study of receptions, remediations and representations of Classical Antiquity across all electronic gaming platforms and genres. It presents cutting-edge research in classics and classical receptions, game studies and archaeogaming, adopting different perspectives and combining papers from scholars, gamers, game developers and historical consultants. In doing so, it delivers the first state-of-the-art account of both the wide array of 'ancient' video games, as well as the challenges and rewards of this new and exciting field.

Classical Antiquity in Video Games: Playing with the Ancient World

Playing with the Ancient World: An Introduction to Classical Antiquity in Video Games
1. Christian Rollinger: An Archaeology of Ancient Historical Video Games

PART I: A BRAVE OLD WORLD. RE-FIGURATIONS OF ANCIENT CULTURES

2. David Serrano Lozano: Ludus (not) Over: Video Games and Popular Perceptions of Ancient Past Re-Shaping

3. Andrew Gardner and Tristan French: Playing in a 'Real' Past: Classical Action Games and Authenticity

4. Sian Beavers: The Representation of Women in Ryse: Son of Rome

PART II: A WORLD AT WAR. MARTIAL RE-PRESENTATIONS OF THE ANCIENT WORLD

6. Jeremiah McCall: Digital Legionaries: Video Game Simulations of the Face of Battle in the Roman Republic

9. Nico Nolden: Playing with an Ancient Veil: Commemorative Culture and the Staging of Ancient History within the Playful Experience of the MMORPG The Secret World

10. Neville Morley: Choose your own Counterfactual: The Melian Dialogue as Text-Based Adventure

11. Maciej Paprocki: Mortal Immortals: Deicide of Greek Gods in Apotheon and its Role in the Greek Mythic Storyworld

12. Alexander Flegler: The Complexities and Nuances of Portraying History in Age of Empires