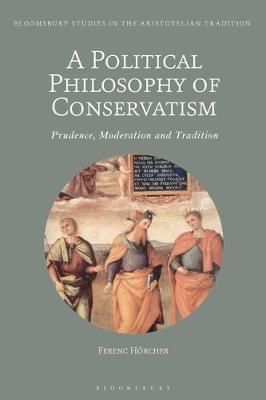 A Political Philosophy of Conservatism: Prudence, Moderation and Tradition

Bringing prudence back into the centre of political philosophical discussion, this book assesses how far the Aristotelian notion can be of use in thinking about politics today. Antique, medieval and early modern discussions on practical wisdom are reconstructed and re-contextualised to show not only how our understanding of the virtue of 'prudence' has changed over time, but why it should be revived. Starting with basic Aristotelian principles, such as the relevance of cooperation and politics in human life, the significance of the virtues and character-formation for political actors, and the personal and communal resources of right action in politics, Ferenc Hoercher offers an evolutionary history of the concept of prudence. Moving on to incorporate the developments of the Roman and the Christian traditions, a contemporary conservative-republican political philosophy is built up. Special attention is given to the relevance of local customs and traditions as well as participation, compromise and moderation in political activity. The book demonstrates that Aristotelian notions should be used to describe the actions and speeches of people active in politics, without losing sight of the normative dimension. In doing so, it presents an original argument which is both different from mainstream contemporary political philosophy and beneficial to our understanding of the role of practical reason in politics.

A Political Philosophy of Conservatism: Prudence, Moderation and Tradition