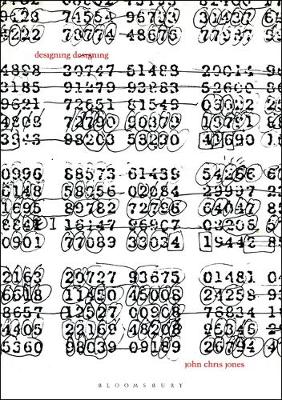 designing designing is one of the most extraordinary books on design ever written. First published in 1984 and reprinted with this title and cover in 1991, the book was the product of ten years of auto-critique, reflection and experimentation on writing on designing. Offering a savage auto-critique of his own work on "methods", as well as of the wider methods and ends of advanced industrial societies as a whole, this book challenges the traditional product- and progress- orientated focus on design by insisting that the world now coming into being requires designing to be understood as 'a response to the whole of life.' But designing designing is also unique in modern design thinking in its exploration of what writing on designing might be. Combining essays, interviews, reflections, performances, plays, poems, chance procedures, photographs, collages and quotes, Jones experiments with both form and content in an attempt to make a book which 'is not simply about designing but is instead itself an instance of the ideas and processes explored within it.'

Introduction to the revised edition by Clive Dilnot
Foreword by C. Thomas Mitchell
Author's Note
Preface to the 1984 edition
Acknowledgements
Introductory Essay: The Future of Breathing

1. A Thought Revolved
Love, hate and architecture
How my thoughts about design methods have changed during the years
Now we are numerous
Beyond rationalism
Principles in design

2. The World Without Imagination
St Ives by chance
Composing by chance
Some reflection on chance
Designing designing

3. It Must Give Pleasure
Opus one, number two
"... in the dimension of Time"
Continuous design and redesign
Things

4. Things of August
Is designing a response to the whole of life?
35 wishes
Voices at the conference conference
The design of modern life
Utopia and Numeroso