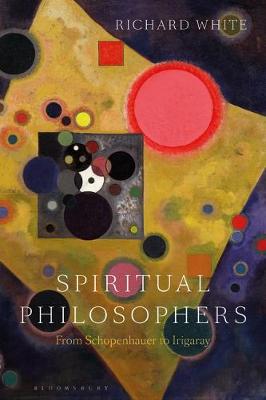 Spiritual Philosophers: From Schopenhauer to Irigaray

How does thinking illuminate the spiritual view of life? How does a close examination of key spiritual thinkers help us to live in the modern world? And in what way does philosophy enhance spirituality? In this book, Richard White answers these questions by analysing a range of important philosophers, from Schopenhauer in the first half of the 19th century to Irigaray in the present day. Each chapter examines the work of a single writer and one closely associated theme, such as Nietzsche on generosity, Benjamin on wisdom, and Derrida on mourning. The author looks at philosophy and spirituality in the tradition of continental philosophy, and he views spirituality as something that can be separated from religion. With the rise of reductive scientific materialism becoming ever more prevalent in modern society, White seeks to recover the idea of a spiritual tradition which is not otherworldly but philosophical in nature. The thinkers discussed in this book articulate some of the deepest possibilities of human existence. Spiritual Philosophers offers an approach to philosophy as a spiritual practice, which the author sees as an integral part of our life. As a pioneering work in an emerging field - the philosophy of spirituality -- this book contributes to several key debates surrounding spirituality, theology and the role of philosophy in the contemporary world. Richard White has again weaved a seamless narrative connecting original thinkers and artists who celebrate our spiritual core. In so doing, he has shattered the longstanding myth that philosophy and spirituality are mutually exclusive. His message is all-the-more timely as our devices have become our new gods. * Michael C. Brannigan, Ph.D., M.A, Former Dean of Spiritual Life and Endowed Chair in Ethics & Moral Values, The College of Saint Rose, USA * In this memorable book Richard White sets out to give us permission to think freely without being constrained by the prevailing scientific-materialist culture of our age. The result is a wonderful blend of spirituality, philosophy, poetry, art and myth which will appeal to all who have ever wondered about the 'sacred depth' of human life. I warmly commend it. * Peter Tyler, Professor of Pastoral Theology and Spirituality, St Mary's University, UK * White, one of the leaders in philosophy's recent attempt to reconnect with its cultural roots as a distinctive spiritual practice, probes a fascinating sequence of diverse figures (including philosophical artists and psychologists) and uncovers a "hidden genealog

Spiritual Philosophers: From Schopenhauer to Irigaray

Introduction
Chapter One: Schopenhauer on Compassion
Chapter Two: Nietzsche on Generosity
Chapter Three: Kandinsky on Art
Chapter Four: Benjamin on Wisdom
Chapter Five: Jung on Religion and the Sacred
Chapter Six: Hillman on Spirit and Soul
Chapter Seven: Foucault on the Care of the Self
Chapter Eight: Derrida on Mourning
Chapter Nine: Irigaray on Love
Afterword