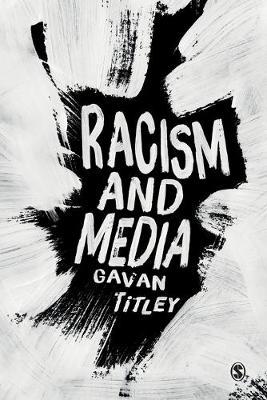 Digital media have radically altered understandings of racism, so that an issue that has too often been assumed to belong to the past has been thrust into contemporary mainstream debates, news and popular culture. In light of the importance of traditional communications and social media to such events as Brexit in the UK and the Trump Presidency in the US, it is imperative for students of media and public discourse to examine the role played by the media in the generation, circulation and contestation of racist ideas. In Racism and Media, Gavan Titley: Explains why racism is such a complex and contested concept Provides a set of theoretical and analytical tools with which to interrogate how media dynamics and processes impact on racism and anti-racism Demonstrates methods' application through a wide range of case studies, taking in examples from the UK, US, and several European countries Examines the rise and impact of online and social media racism Analyses questions of freedom of speech and hate speech in relation to racism and media This book is an essential companion for students of media, communications, sociology and cultural studies.

Chapter 1 Racism Everywhere and Nowhere: The Debatability of Racism
Chapter 2 The Politics of Representation in Post-racial Media Culture
Chapter 3 Reasonable Aversions: Discourse, Journalism and the Muslim/Migrant 'Problem'
Chapter 4 From 'Hate' to 'Like': Organized and Assembled Racism in Networked Media Environments
Chapter 5 Hate Speech and Freedom of Expression
Chapter 6 Anti-Racism and Digital Media Culture