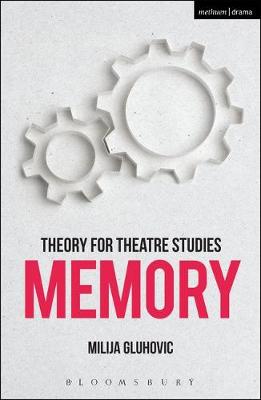 Why has memory become such an important political tool in response to the challenges of modernity? How can performance be used to probe and recuperate aspects of the past, and what are the ethical and political questions that arise when it does so? And how should the discipline of theatre studies define and deploy the term 'memory' theoretically and in practice? Theory for Theatre Studies: Memory provides a comprehensive introduction to the intersections between contemporary theatre and performance, the field of memory studies and the politics of memory across the globe. Beginning by offering a fresh critical snapshot of the major theoretical foundations for the study of memory today, the author presents vivid theatrical examples drawn from a wide variety of cultural contexts and compellingly illustrates the centrality of memory for the theatre as well as the vital role of theatre in transmitting individual and collective memories. Featuring in-depth case studies of a range of performance works - including Lola Arias's Minefield, Yael Ronen's Common Ground and Robert Lepage's The Seven Streams of the River Ota - it explores how theatre artists have grappled with issues of memory and the tensions between memory and history. A final section examines the problematics of memory in a global context by exploring the subject of migration/immigration. Memory is supported by further online resources including section overviews and discussion questions. Online resources to accompany this book are available at: https://www.bloomsbury.com/theory-for-theatre-studies-memory-9781474246651/