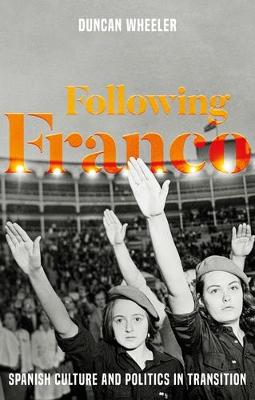 The transition to democracy that followed the death of Spanish dictator Francisco Franco in 1975 was once hailed as a model of political transformation. But since the 2008 financial crisis it has come under intense scrutiny. Today, a growing divide exists between advocates of the Transition and those who see it as the source of Spain's current socio-political bankruptcy. This book revisits the crucial period from 1962 to 1992, exposing the networks of art, media and power that drove the Transition and continue to underpin Spanish politics in the present. Drawing on rare archival materials and over three hundred interviews with politicians, artists, journalists and ordinary Spaniards, including former prime minister Felipe Gonzalez (1982-96), Following Franco unlocks the complex and often contradictory narratives surrounding the foundation of contemporary Spain. -- .

Part II: Censorship
Introduction
4 The regulation of cultural production during and after Manuel Fraga (1962-75)
5 Key performance indicators: Democratisation and freedom of speech (1975-81)
6 The regime of '81: Patronage and permissiveness

Part III: Cities
Introduction
7 Urbanisation and development: Class, gender and race
8 The Movida and the reinvention of Madrid
9 An Olympic renaissance: The Barcelona model

Part IV: Communities
Introduction
10 Culture as a democratic weapon: Pablo Picasso's Guernica
11 The historical nationalities: Culture and community in the Basque Country, Catalonia and Galicia
12 What qualifies as Spanish culture? The State, autonomous communities and the culture wars