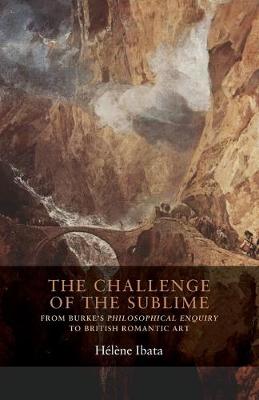 The Challenge of the Sublime: From Burke's Philosophical Enquiry to British Romantic Art

This book examines the links between the unprecedented visual inventiveness of the Romantic period in Britain and eighteenth-century theories of the sublime. Edmund Burke's Philosophical Enquiry into the Origin of our Ideas of the Sublime and Beautiful (1757), in particular, is shown to have directly or indirectly challenged visual artists to explore not just new themes, but also new compositional strategies and visual media such as panoramas and book illustrations, by arguing that the sublime was beyond the reach of painting. More significantly, it began to call into question mimetic representational models, causing artists to reflect about the presentation of the unpresentable and drawing attention to the process of artistic production itself, rather than the finished artwork. -- .

The Challenge of the Sublime: From Burke's Philosophical Enquiry to British Romantic Art

Introduction
Part I: From the Enquiry to the Academy
1 The Philosophical Enquiry, theories of the sublime and the sister arts tradition
2 Presenting the unpresentable: the modernity of Burke's Enquiry
3 Reynolds, the great style and the Burkean sublime
4 The sublime contained: academic compromises
Part II: Beyond the 'narrow limits of painting'
5 Immersive spectatorship at the panorama and the aesthetics of the sublime
6 Frames, edges and 'unlimitation'
7 'Sublime dreams': ruin paintings and architectural fantasies
Part III: Relocating the sublime: Blake, Turner and creative endeavour
8 Against and beyond Burke: Blake's 'sublime Labours'
9 Turner: from sublime association to sublime energy
Conclusion
Index -- .