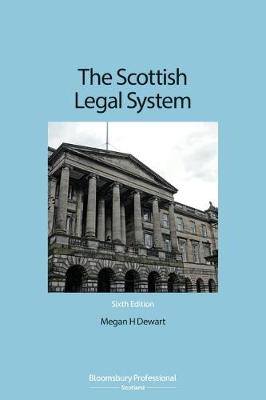 A course on the Scottish legal system is a compulsory part of undergraduate degrees in Scots Law. The Scottish Legal System sets out to present the 'legal system and law of Scotland as a unique and constantly changing human enterprise' and places the Scottish legal system in its broader political and social contexts. This is achieved by covering not only the central aspects of the system, such as the courts and the legal profession, but also the border areas with constitutional law and jurisprudence. This new sixth edition includes new case law on devolution and human rights issues in Scotland. This well established text provides an up-to-date treatment of all significant developments affecting the Scottish legal system.