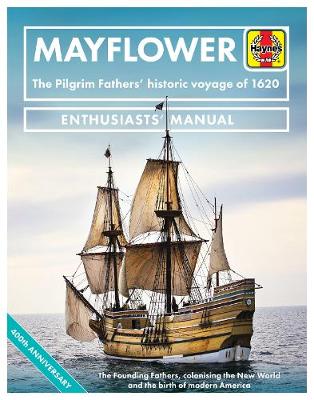 Published to mark the 400th anniversary of the voyage of the Mayflower in 1620 and the establishment of the first colony at Plymouth, Massachusetts, the Haynes Mayflower Manual tells the story of how the Pilgrim Fathers sailed from Plymouth in Devon to America, seeking to establish a fresh life in the New World free from religious persecution. After a gruelling 66-day journey across the Atlantic, the ship and its 102 passengers landed at Cape Cod. In the harsh winter that followed roughly half their number died of disease and malnutrition. The group finally decided on a site in Plymouth, Massachusetts, to build their colony. From these challenging beginnings Plymouth became the birthplace of modern America. The Haynes Mayflower Manual looks at the first colonies and the first settlers in America; the story of the 'lost colony' on Roanoke Island, North Carolina; what made the Pilgrim Fathers travel to the New World; the historic voyage of the Mayflower; how seafarers crossed the oceans in the 17th century; early settler life in New England; the inspiring story of the replica Mayflower II in 1957 and its recent renovation for the 400th anniversary celebrations in September 2020.