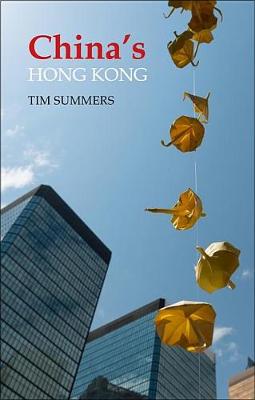 At a time of heightened tensions in Hong Kong, this book offers a balanced and clear-headed appraisal of the politics of this global city. The constitutional settlement under which Hong Kong became a Special Administrative Region of the PRC in 1997 was based on the idea of "one country, two systems". At the time of Hong Kong's handover from British to Chinese rule, there was much speculation over how and whether an open society and market economy would be respected by an authoritarian state, one which has since risen to become the world's second largest economy. Since the protests and street occupations over the issue of democracy in 2014, and the massive protests of June 2019, Hong Kong is firmly back in the news. Tim Summers looks afresh at the constitutional settlement and considers whether it has been able to withstand the changes in Hong Kong, the economic rise of China, and the shifts in the global economy that have accompanied them. He argues that the developments in Hong Kong have to be understood as a unique interplay between local, national and global developments and challenges the assumption that the main dynamic at work in Hong Kong is its tussle for control with Beijing. Hong Kong remains in the news because it is that part of China where the contest of identities and ideologies takes place most visibly, especially when the people of Hong Kong feel their much treasured post-1997 autonomy is threatened. Summers explains the local, national and global context of this contest and why many people feel pulled in different directions." -- Christine Loh, Hong Kong University of Science and Technology and former Undersecretary for the Environment in Hong Kong This readable overview of twenty-first-century Hong Kong by Summers, a former British diplomat and resident commentator in the city, succinctly reviews the major events of globalization that have impacted the city, shaped by its changing relations with China and the rest of the world.

2. Implementing the handover settlement
3. Hong Kong's economy, globalization and the rise of China
4. The Occupy movement and its aftermath
5. International dimensions of the Hong Kong SAR
6. Hong Kong's future
Afterword