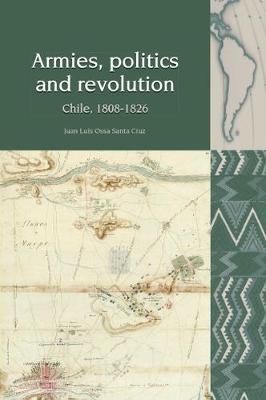 This book studies the political role of the Chilean military during the years 1808-1826. Beginning with the fall of the Spanish monarchy to Napoleon in 1808 and ending immediately after the last royalist contingents were expelled from the island of Chiloe, it does not seek to give a full picture of the participation of military men on the battlefield but rather to interpret their involvement in local politics. In so doing, this book aims to make a contribution to the understanding of Chile's revolution of independence, as well as to discuss some of the most recent historiographical contributions on the role of the military in the creation of the Chilean republic. Although the focus is placed on the career and participation of Chilean revolutionary officers, this book also provides an overview of both the role of royalist armies and the influence of international events in Chile.

Introduction
I. Themes and hypotheses
II. Book structure
III. A note on sources and terminology

Chapter I: Building up a revolutionary army in Chile, 1808-1814
I. 1808-1810: internal responses to imperial crisis
II. A conflict of politics, a conflict between provinces
III. Revolutionary warfare in Chile
IV. The political legitimization of a revolutionary movement

Chapter III: Mendoza: the preparation of a South American army, 1814-1817
I. Chilean emigres in a foreign territory
II. The Army of the Andes and the militarization of civil society
III. Chileans in the Army of the Andes. Spies, military intelligence and the guerra de zapa
IV. Crossing the Cordillera

Chapter IV: The establishment of a military regime in Chile, 1817-1823
I. Ruling over an unruly population
II. Maipu: battle for territorial dominance
III. Irregular warfare in the south of Chile
IV. The personalization of politics