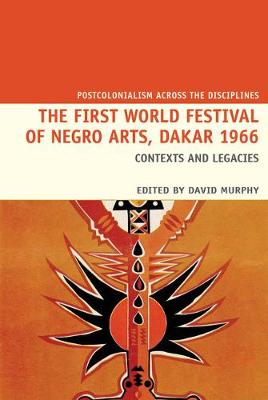 In April 1966, thousands of artists, musicians, performers and writers from across Africa and its diaspora gathered in the Senegalese capital, Dakar, to take part in the First World Festival of Negro Arts (Premier Festival Mondial des arts negres). The international forum provided by the Dakar Festival showcased a wide array of arts and was attended by such celebrated luminaries as Duke Ellington, Josephine Baker, Aime Cesaire, Andre Malraux and Wole Soyinka. Described by Senegalese President Leopold Sedar Senghor, as 'the elaboration of a new humanism which this time will include all of humanity on the whole of our planet earth', the festival constituted a highly symbolic moment in the era of decolonization and the push for civil rights for black people in the United States. In essence, the festival sought to perform an emerging Pan-African culture, that is, to give concrete cultural expression to the ties that would bind the newly liberated African 'homeland' to black people in the diaspora. This volume is the first sustained attempt to provide not only an overview of the festival itself but also of its multiple legacies, which will help us better to understand the 'festivalization' of Africa that has occurred in recent decades with most African countries now hosting a number of festivals as part of a national tourism and cultural development strategy.

Introduction. The Performance of Pan-Africanism: Staging the African Renaissance at the First World Festival of Negro Arts
David Murphy

Books and Films about the 1966 Festival
Bibliography
Index