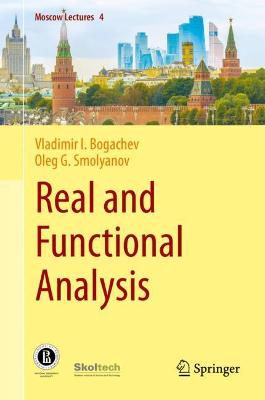 $103.93 (with VAT)
462.00 PLN / €99.05 / £85.99
Delivery to United States
check shipping prices
Forthcoming
Would you like to be informed when the book becomes available? Please provide your e-mail address and you will be the first to know:
Add to bookshelf

This book is based on lectures given at "Mekhmat", the Department of Mechanics and Mathematics at Moscow State University, one of the top mathematical departments worldwide, with a rich tradition of teaching functional analysis.

Featuring an advanced course on real and functional analysis, the book presents not only core material traditionally included in university courses of different levels, but also a survey of the most important results of a more subtle nature, which cannot be considered basic but which are useful for applications. Further, it includes several hundred exercises of varying difficulty with tips and references.