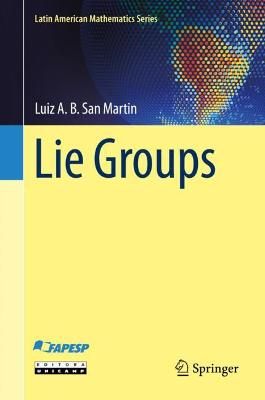 $138.17 (with VAT)
614.25 PLN / €131.69 / £114.32
Delivery to United States
check shipping prices
Forthcoming
Would you like to be informed when the book becomes available? Please provide your e-mail address and you will be the first to know:
Add to bookshelf

This textbook provides an essential introduction to Lie groups, presenting the theory from its fundamental principles. Lie groups are a special class of groups that are studied using differential and integral calculus methods. As a mathematical structure, a Lie group combines the algebraic group structure and the differentiable variety structure. Studies of such groups began around 1870 as groups of symmetries of differential equations and the various geometries that had emerged. Since that time, there have been major advances in Lie theory, with ramifications for diverse areas of mathematics and its applications.
Each chapter of the book begins with a general, straightforward introduction to the concepts covered; then the formal definitions are presented; and end-of-chapter exercises help to check and reinforce comprehension. Graduate and advanced undergraduate students alike will find in this book a solid yet approachable guide that will help them continue their studies with confidence.