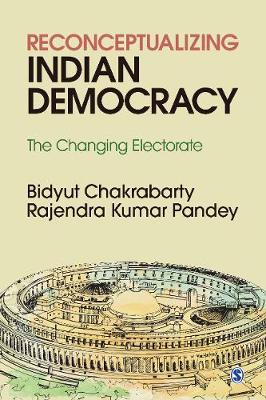 Although the adoption of a democratic system of government based on universal adult franchise has been considered a gamble on the part of the fathers of the Indian constitution, it has undoubtedly paid rich dividends in terms of establishing India as one of the most vibrant democracies in the world. Reconceptualizing Indian Democracy adopts a new prism in analysing the institutional vibrancy and functional dynamism of democratic experiences in India. It suggests that elections are not only mechanisms that change the political guard, but also devices for reconceptualizing the politico-constitutional fabric on which the Indian polity rests. Among the different factors that have made democracy a way of life for Indian people, elections, particularly the Lok Sabha elections, stand out prominently. In the first four general elections, the electorate appeared duty bound to vote for the Congress, but the 5th Lok Sabha elections saw a real churning in the political psyche of the common people. The book, thus, begins with an exploration of the 5th Lok Sabha elections and comprehensively studies each of the general elections from the 5th (1971) to the 17th (2019). By directing attention to the processes changing the texture of Indian democracy, the book highlights the inputs that democratic experiences in India offer to both the literature on democracy and to democratic experiences across the world.