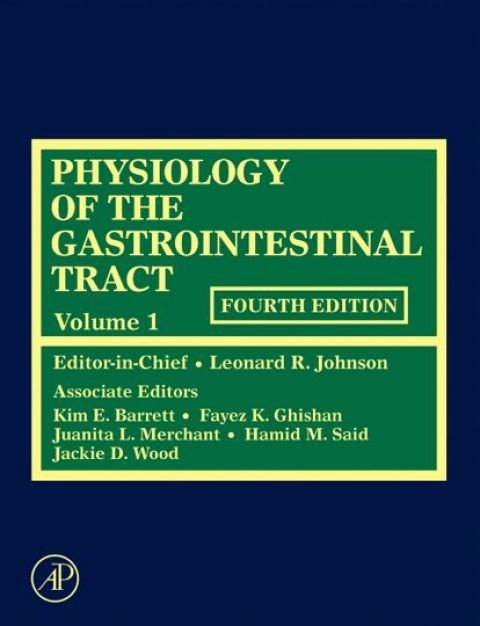 Physiology of the Gastrointestinal Tract

The original purpose of the First Edition of Physiology of the Gastrointestinal Tractto collect in one set of volumes the most current and comprehensive knowledge in our fieldwas also the driving force for the Fourth Edition. The explosion of information at the cellular level, made possible in part by the continued emergence of powerful molecular and cellular techniques, has resulted in a greater degree of revision than that of any other edition. The first section, now titled "Basic Cell Physiology and Growth of the Gl Tract" contains numerous new chapters on topics such as transcriptional regulation, signaling networks in development, apoptosis, and mechanisms in malignancies. Most of the chapters in this section were edited by Juanita L. Merchant. Section II has been renamed "Neural Gastroenterology and Motility" and has been expanded from seven chapters with rather classic titles to more than twenty chapters encompassing not only the movement of the various parts of the digestive tract but also cell physiology, neural regulation, stress, and the regulation of food intake. Almost all of the chapters were recruited and edited by Jackie D. Wood. The third section is entirely new and contains chapters on "Immunology and Inflammation" which were edited by Kim E. Barrett. The fourth section on the "Physiology of Secretion" consists of chapters with familiar titles, but with completely updated information to reflect the advances in our understanding of the cellular processes involved in secretion. The last section on "Digestion and Absorption" contains new chapters on the intestinal barrier, protein sorting and ion channels along with those focusing on the uptake of specific nutrients. These chapters were recruited and edited by Hamid M. Said and Fayez K. Ghishan.

· Collected in one set - the most current and comprehensive coverage of gastrointestinal physiology
· Information presented in a style that is both readable and understandable
· Valuable to the specialized researcher, the clinical gastroenterologist, the teacher, and the student
· Features an entirely new section on Immunology and Inflammation
· Each section edited by the preeminent scientist in the field

Physiology of the Gastrointestinal Tract