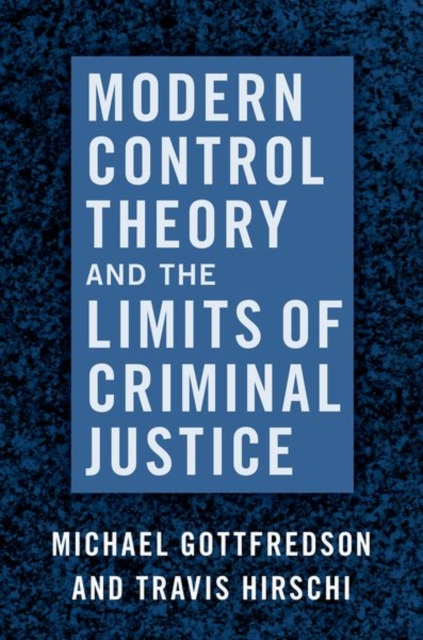 In 1990 when Michael Gottfredson and Travis Hisrchi published A General Theory of Crime, now often referred to as self control theory, it quickly became among the most discussed and researched perspectives in criminology. In Modern Control Theory and the Limits of the Criminal Justice, Gottfredson and Hirschi develop and extend the theory of self control advanced in their classic work. Focusing on the methodology of testing crime theory and measuring behavioral research on crime and delinquency, they critically review the evidence about self control theory. Gottfredson and Hirschi further discuss evidence about the positive consequences of higher levels of self control from education, economics, and public health, that-along with evidence from delinquency and crime-show substantial support for the theory of self control. Illustrating the theory through predictions about policing, incarceration, juvenile justice, and the connection of immigration policy to crime, this book connects self control theory to the structure and function of the criminal justice system, then applies the theory to pressing issues of public policy about delinquency and crime.