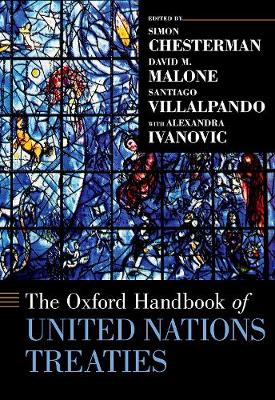 The United Nations is a vital part of the international order. Yet this book argues that the greatest contribution of the UN is not what it has achieved (improvements in health and economic development, for example) or avoided (global war, say, or the use of weapons of mass destruction). It is, instead, the process through which the UN has transformed the structure of international law to expand the range and depth of subjects covered by treaties. This handbook offers the first sustained analysis of the UN as a forum in which and an institution through which treaties are negotiated and implemented. Chapters are written by authors from different fields, including academics and practitioners; lawyers and specialists from other social sciences (international relations, history, and science); professionals with an established reputation in the field; younger researchers and diplomats involved in the negotiation of multilateral treaties; and scholars with a broader view on the issues involved. The volume thus provides unique insights into UN treaty-making. Through the thematic and technical parts, it also offers a lens through which to view challenges lying ahead and the possibilities and limitations of this understudied aspect of international law and relations. For those who teach the law of treaties, there is much on offer in this reasonably-priced volume. * Jus Gentium *