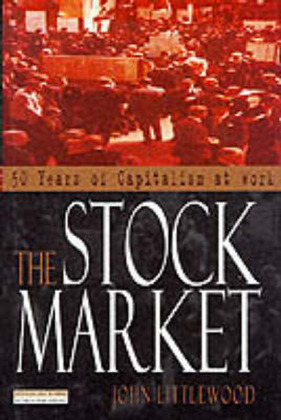 This treatment makes not only for lively reading but also makes it possible to discern differing interpretations for the role of the stock market as a most important economic instrument.... It will be invaluable to the student of financial history no less than to the financial practitioner."

The stock market discovered dividends in the fifties, earnings in the sixties, inflation in the seventies, growth in the eighties and value in the nineties. The market enjoyed the fifties, paused in the sixties, hated the seventies and has thrived ever since as the hand of the markets has come to dominate the economic orthodoxy. This is the tale of fifty years in the markets through ten bull and ten bear markets-a historical and analytical account offering valuable insights into the nature of the market and its relationship to our developing economic system

When people think of finance and investment; they generally think of the stock market. For over a hundred years, the stock market has represented the most visible expression of capitalism at work; bringing together savers and speculators, companies and investors at the heart of the economy. Even though the foreign exchange and bond markets both now handle larger sums of money, for investors, bankers, industrialists and politicians alike, the stock market is seen as the crucible in which capitalism is forged, and the financial barometer for the nation?s economic fortunes.
The last fifty years have seen the most dramatic transformations yet in that financial system - witnessing the growth of the shareholding economy and the rise in power of the shareholder, from neglected outsider to dominant owner. From a distant enclave for the nation?s money men, the stock markets have now come to link all of us through the web of savings, pensions, insurance and corporate employment that touches every life. This period has also seen the power of technology usher in global capital markets; a story that has been reflected in a wholesale transformation of the stock market itself. Finally, through bear markets and bull, the performance stock market has been vitally linked to the wider forces at work in the economy. Through nationalisation and privatisation, industrial intervention and the rolling back of the state, keynesianism and monetarism, the economy has become the battleground for the commandin