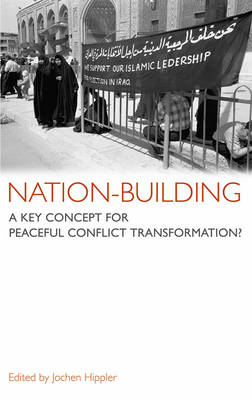 The term 'nation-building' has experienced a remarkable renaissance since the early 1990s. It has been used to describe and to justify the military interventions in Somalia, Afghanistan and Iraq. Linked to the idea of 'failed' or 'failing' states, the concept is used to hide and legitimise a whole range of diverse policies, allowing foreign powers to control and reshape countries in areas of conflict. Currently the international debate on nation building is heavily dominated by US actors and authors, especially by writers connected to the Bush administration or its policies. This book presents academic and political alternatives, presenting a critical view from 'Old Europe'. The book combines academic research and analysis with policy orientation, with contributors from both fields. It clarifies the terminology distinguishing developmental, peace-related, imperial and analytical approaches to nation-building. Highlighting its connections to globalization, democracy, ethnic and religious minorities, the contributors consider case studies such as Somalia, the Balkans, Afghanistan, Iraq and Nigeria. This is a useful book, basically policy-orientated rather than theoretical. As rebuilding after conflict is likely to be an on-going need, the book contains really useful observations -- International Journal on World Peace


Part I: Concepts and Theoretical Analyses of Nation-Building


2. Globalisation and Nation-Building - Not a Contradiction in Terms by Rainer Tetzlaff


3. Democratisation and Nation-Building in 'Divided Societies' by Joanna Pfaff-Czarnecka


4. Shaping the Nation - Ideological Aspects of Nation-Building by Claudia Derichs


5. Deconstruction of States as an Opportunity for New Statism? Example of Somalia and Somaliland by Wolfgang Heinrich / Manfred Kulessa


6. Afghanistan: Nation-Building in the Shadow of the Warlords and the 'War on Terror' by Rangin Dadfar Spanta


7. Nation-building by Occupation? - The Case of Iraq by Jochen Hippler


8. Between Self-Determination and Multi-Ethnicity - International Actors and Nation-Building in Bosnia and Kosovo by Du_an Relji_


9. Nigeria: The Oil State and the Crisis of Nation-Building in Africa by Cyril I. Obi


10. Between Projectitis and the Formation of Countervailing Power - NGOs in Nation-Building Processes by Jeanette Schade


12. Nation-Building: A Strategy for Regional Stabilisation and Conflict Prevention by Helmut van Edig


Notes on the Contributors