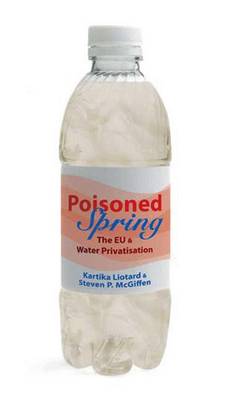 Vast numbers of people have no access to safe drinking water, and even more lack any kind of effective sanitation. Most of the world's water supply remains in public ownership. Neither drought nor flood is as much a meteorological phenomenon as it is the result of mismanagement. So is privatisation the route to solving this most urgent of problems? The authors argue that, on the contrary, neoliberal economics and the power structures responsible for widening global inequalities are blocking the way to progress towards universal provision of safe water and effective sanitation. Behind these malign influences stands the growing power of the European Union and the corporations in whose interests it operates. On the basis of an analysis of the political economy of water and of the European Union's policies, Poisoned Spring will place the problem of water supply in the broad context of corporate control of the world's resources.


4. It Never Rains But It Pours: Climate Change, Water Shortage, and Flood


5. The European Union Within its Borders: Why privatisation? The ideology behind the theft of public property


6. European Union Within Its Borders, Part 2: The Water Framework Directive


7. The European Union Beyond Its Borders