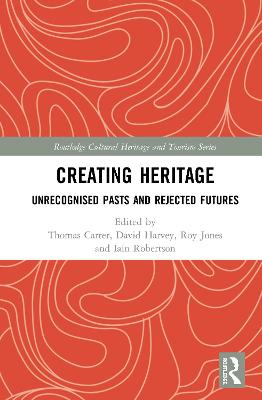 This book investigates the selection process of heritagisation to understand what specific pasts are being selected or rejected for representation, who is selecting them, how and to whom they are being represented and why they are being presented, or dismissed, in the ways that they are. Some aspects of our pasts are venerated and memorialised for a variety of reasons, while others are forgotten or even hidden. This volume, thus, provides examples from across a spectrum. Some phenomena are well-suited to heritagisation, such as animals memorialised for their bravery, long past agricultural techniques and implements, and impressive landscapes. However, this book also deals with products (e.g. tobacco), historical periods (e.g. the Third Reich) and scientific techniques (e.g. genetic modification) with negative connotations that extend beyond their heritage attributes. This volume considers how the actors in the heritage industry admit, valorise, prioritise and rationalise historic resources as heritage products. These findings provide practical examples of how heritage institutions privilege, frame and/or exclude a wide range of heritage items. They also contrast the invocations of sectional (local, national or class based) and more cosmopolitan heritages and consider the extent to which innovation and change are or can be acknowledged within the heritage discourse.

Bygones, survivals and 'all the old rubbish': curatorial discernment and the failure to create an English folk museum
Thomas Carter

Hidden heritage and secret coves: analysing a discourse used to communicate about heritage and reflecting on its ontological politics
Timothy J. Wilkinson

A geomorphic paradox: performing histories of change as the land-slips away
Frances Ryfield

Are all forgotten friends worthy of memory? The public history of biotechnology in Canada
Peter Anderson