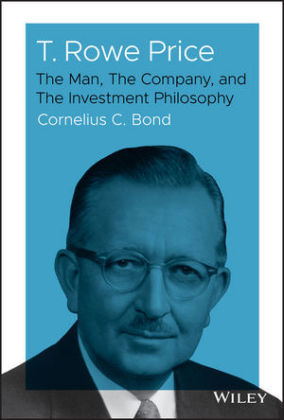 T. Rowe Price, the Sage of Baltimore In 1937, Thomas Rowe Price, Jr. founded an investment company in Baltimore that would become one of the most successful in the world. Today, The T. Rowe Price Group manages over one trillion dollars and services clients around the world. It is among the largest investment firms focused on managing mutual funds and pension accounts. Uniquely trusted and respected, the firm is considered the "gold standard" by many investment advisors. In this book, Cornelius Bond tells the full story, for the first time, of how Price, a modest and ethical man, built the company bearing his name. From the private, unpublished personal and corporate records, you will get direct access to the creative process behind Price's highly successful approach to investing. Personal insights based on Price's own writings and the personal experience of the author who worked with him for many years. The Growth Stock philosophy as described in the words of the creator and master of this approach. Two fund managers who worked closely with Mr. Price reunite to consider the investment environment of the next five to ten years as Price himself might have viewed it. This book will give you an insider's access to the true story of Thomas Rowe Price, Jr.


Part One The Beginning 1


Seven "Change: The Investor's Only Certainty" 79


Part Three The Sage of Baltimore 121