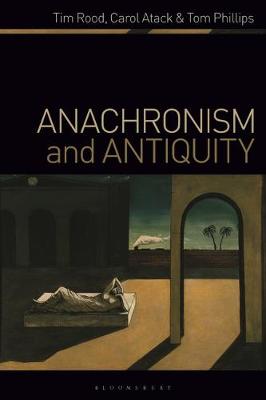 This book is a study both of anachronism in antiquity and of anachronism as a vehicle for understanding antiquity. It explores the post-classical origins and changing meanings of the term 'anachronism' as well as the presence of anachronism in all its forms in classical literature, criticism and material objects. Contrary to the position taken by many modern philosophers of history, this book argues that classical antiquity had a rich and varied understanding of historical difference, which is reflected in sophisticated notions of anachronism. This central hypothesis is tested by an examination of attitudes to temporal errors in ancient literary texts and chronological writings and by analysing notions of anachronistic survival and multitemporality. Rather than seeing a sense of anachronism as something that separates modernity from antiquity, the book suggests that in both ancient writings and their modern receptions chronological rupture can be used as a way of creating a dialogue between past and present. With a selection of case-studies and theoretical discussions presented in a manner suitable for scholars and students both of classical antiquity and of modern history, anthropology, and visual culture, the book's ambition is to offer a new conceptual map of antiquity through the notion of anachronism.

Prelude: Look to the End

Interlude 3: Aeneas in the Underworld