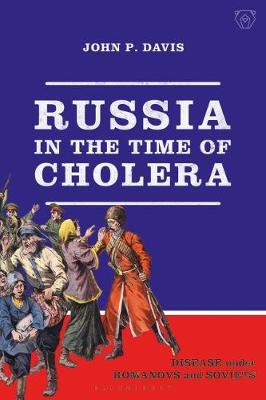 Russia in the Time of Cholera: Disease under Romanovs and Soviets

As the nineteenth century drew to a close and epidemics in western Europe were waning, the deadly cholera vibrio continued to wreak havoc in Russia, outlasting the Romanovs. Scholars have since argued that cholera eventually fell prey to better sanitation and strict quarantine under the Soviets, citing as evidence imperial mismanagement, a `backward' tsarist medical system and physicians' anachronistic environmental interpretations of the disease. Drawing on extensive archival research and the so-called `material turn' in historiography, however, John P. Davis here demonstrates that Romanov-era physicians' environmental approach to disease was not ill-grounded, nor a consequence of neo-liberal or populist political leanings, but born of pragmatic scientific considerations. The physicians confronted cholera in a broad and sophisticated way, essentially laying the foundations for the system of public health that the Soviets successfully used to defeat cholera during the New Economic Policy (1922-1928). By focusing for the first time on the conclusion of the cholera epoch in Russia, Davis adds an indispensable layer of nuance to the existing conception of Romanov Russia and its complicated legacy in the Soviet period.

Russia in the Time of Cholera: Disease under Romanovs and Soviets