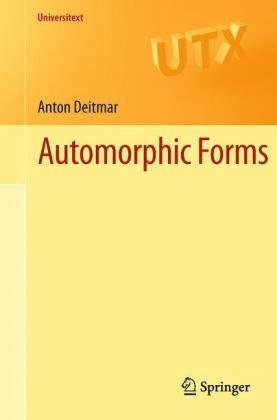 Automorphic forms are an important complex analytic tool in number theory and modern arithmetic geometry. They played for example a vital role in Andrew Wiles's proof of Fermat's Last Theorem.

This text provides a concise introduction to the world of automorphic forms using two approaches: the classic elementary theory and the modern point of view of adeles and representation theory.

The reader will learn the important aims and results of the theory by focussing on its essential aspects and restricting it to the 'base field' of rational numbers.

Students interested for example in arithmetic geometry or number theory will find that this book provides an optimal and easily accessible introduction into this topic.