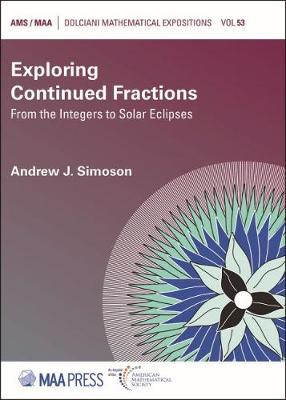 There is a nineteen-year recurrence in the apparent position of the sun and moon against the background of the stars, a pattern observed long ago by the Babylonians. In the course of those nineteen years the Earth experiences 235 lunar cycles. Suppose we calculate the ratio of Earth's period about the sun to the moon's period about Earth. That ratio has 235/19 as one of its early continued fraction convergents, which explains the apparent periodicity. Exploring Continued Fractions explains this and other recurrent phenomena-astronomical transits and conjunctions, lifecycles of cicadas, eclipses-by way of continued fraction expansions. The deeper purpose is to find patterns, solve puzzles, and discover some appealing number theory. The reader will explore several algorithms for computing continued fractions, including some new to the literature. He or she will also explore the surprisingly large portion of number theory connected to continued fractions: Pythagorean triples, Diophantine equations, the Stern-Brocot tree, and a number of combinatorial sequences. The book features a pleasantly discursive style with excursions into music (The Well-Tempered Clavier), history (the Ishango bone and Plimpton 322), classics (the shape of More's Utopia) and whimsy (dropping a black hole on Earth's surface). Andy Simoson has won both the Chauvenet Prize and Polya Award for expository writing from the MAA and his Voltaire's Riddle was a Choice magazine Outstanding Academic Title. This book is an enjoyable ramble through some beautiful mathematics. For most of the journey the only necessary prerequisites are a minimal familiarity with mathematical reasoning and a sense of fun.