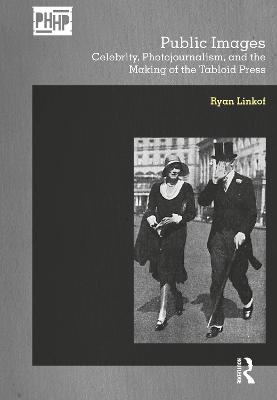 The stolen snapshot is a staple of the modern tabloid press, as ubiquitous as it is notorious. The first in-depth history of British tabloid photojournalism, this book explores the origin of the unauthorised celebrity photograph in the early 20th century, tracing its rise in the 1900s through to the first legal trial concerning the right to privacy from photographers shortly after the Second World War. Packed with case studies from the glamorous to the infamous, the book argues that the candid snap was a tabloid innovation that drew its power from Britain's unique class tensions. Used by papers such as the Daily Mirror and Daily Sketch as a vehicle of mass communication, this new form of image played an important and often overlooked role in constructing the idea of the press photographer as a documentary eyewitness. From Edward VIII and Wallis Simpson to aristocratic debutantes Lady Diana Cooper and Margaret Whigham, the rage of the social elite at being pictured so intimately without permission was matched only by the fascination of working class readers, while the relationship of the British press to social, economic and political power was changed forever. Initially pioneered in the metropole, tabloid-style photojournalism soon penetrated the journalistic culture of most of the globe. This in-depth account of its social and cultural history is an invaluable source of new research for historians of photography, journalism, visual culture, media and celebrity studies.

2. Shooting People: The Press Photographer and the Candid Portrait

3. Snapping the Royals: The Press Photographer and the Challenge to the British Monarchy

4. Spectacular "Society": Celebrity and Aristocratic Decline in the Photographic Press

5. "The snapshots of press photographers are governed by no law": The Tabloid Photographer and the Right to Privacy