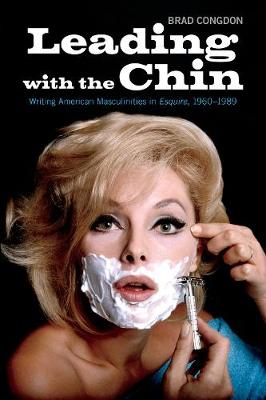 Leading with the Chin: Writing American Masculinities in Esquire, 1960-1989

Leading with the Chin focuses on the Esquire writings of James Baldwin, Truman Capote, Raymond Carver, Don DeLillo, Norman Mailer, and Tim O'Brien to examine how these authors negotiated important shifts in American masculinity. Using the works of these six authors as case studies, Leading with the Chin argues that Esquire permitted writers to confront national fantasies of American masculinity as they were impacted by the rise of neoliberalism, civil rights and gay rights, and the cultural dominance of the professional-managerial class. Applying the methodologies of periodical studies and the theoretical concerns of masculinity studies, this book recontextualizes the prose and fiction of these authors by analyzing them in the material context of the magazine. Relating each author's articulation of masculinity to the advertisements, editorials, and articles published in each issue, Leading with the Chin shows that Esquire reflected and helped to shape the forces that structured American masculinity in the twentieth century.

Leading with the Chin: Writing American Masculinities in Esquire, 1960-1989


Introduction: The Crisis of Masculinity and the Problem of Identity


Part One: Recovering Masculinity in the 1960s


2 Cooling It with James Baldwin

1. Baldwin's Critique of Hegemonic Masculinity
2. Baldwin's Queer Critique of Race in Esquire
3. "James Baldwin Tells Us All How to Cool It This Summer"
4. Conclusion

1. "The Market Represents": Esquire, Carver, and Consumer Realism
2. Carver's First Esquire Story: "Neighbors" and the "Space" of Advertising
3. "What Is It?" and "Collectors" - Reified Masculinities, Diminished Selfhood
4. Conclusion


6 Don DeLillo in the American Kitchen


Conclusion: How to Be a Man