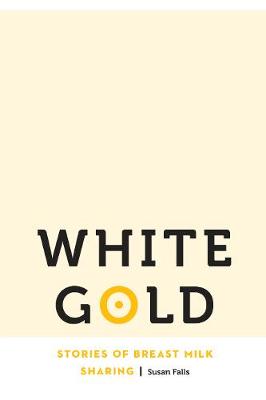 Women have shared breast milk for eons, but in White Gold, Susan Falls shows how the meanings of capitalism, technology, motherhood, and risk can be understood against the backdrop of an emerging practice in which donors and recipients of breast milk are connected through social media in the southern United States.


Drawing on her own experience as a participant, Falls describes the sharing community. She also presents narratives from donors, doulas, medical professionals, and recipients to provide a holistic ethnographic account. Situating her subject within cross-cultural comparisons of historically shifting attitudes about breast milk, Falls shows how sharing "white gold"-seen as a scarce, valuable, even mysterious substance-is a mode of enacting parenthood, gender, and political values.


Though breast milk is increasingly being commodified, Falls argues that sharing is a powerful and empowering practice. Far from uniform, participants may be like-minded about parenting but not other issues, so their acquaintanceships add new textures to the body politic. In this interdisciplinary account, White Gold shows how sharing simultaneously reproduces the capitalist values that it disrupts while encouraging community-making between strangers. "What does it mean to share human milk in the contemporary United States? In this edgy volume, Susan Falls tackles this question by examining a milk-sharing community in the southeastern United States. . . . Falls's description of milk-sharing as a counter-network, simultaneously nodding toward her feminist orientation and materialist-ontological frameworks, is clever and elegant."-Beatriz M. Reyes-Foster, Medical Anthropology Quarterly -- Beatriz M. Reyes-Foster * Medical Anthropology Quarterly * "This is an ethnography with the potential to generate public debate; as such, it also marks an excellent opportunity for engaged social science."-Sevasti-Melissa Nolas, Journal for Applied Anthropology in Policy and Practice -- Sevasti-Melissa Nolas * Journal for Applied Anthropology in Policy and Practice * "Among the best ethnographies I've read in more than thirty-five years of doing, thinking, and writing anthropology. It is an important and impressive book about a little-known social phenomenon in the United States."-Paul Stoller, professor of anthropology at West Chester University and 2013 Ander Retzius Gold Medal Laureate in Anthropology -- Paul Stoller "This very readable book breaks all the stereotypes about who shares human milk and why. Susan Falls's examination of a breast milk sharing network in the American South uses evocative words and images to rethink kinship, sharing, and nurturing practices among mothers."-Penny Van Esterik, professor of anthropology at York University -- Penny Van Esterik "Submerged in a world of liquid gold, this anthropology tells a tale of new family constellations in a moment when the nation itself is in search of nutrition."-Aleksandra Wagner, assistant professor of sociology at the Schools of Public Engagement at The New School -- Aleksandra Wagner