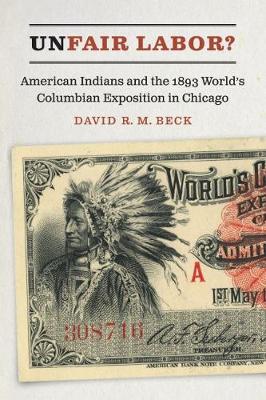 Unfair Labor? is the first book to explore the economic impact of Native Americans who participated in the 1893 World's Columbian Exposition held in Chicago. By the late nineteenth century, tribal economic systems across the Americas were decimated, and tribal members were desperate to find ways to support their families and control their own labor. As U.S. federal policies stymied economic development in tribal communities, individual Indians found creative new ways to make a living by participating in the cash economy. Before and during the exposition, American Indians played an astonishingly broad role in both the creation and the collection of materials for the fair, and in a variety of jobs on and off the fairgrounds. While anthropologists portrayed Indians as a remembrance of the past, the hundreds of Native Americans who participated were carving out new economic pathways. Once the fair opened, Indians from tribes across the United States, as well as other indigenous people, flocked to Chicago. Although they were brought in to serve as displays to fairgoers, they had other motives as well. Once in Chicago they worked to exploit circumstances to their best advantage. Some succeeded; others did not. Unfair Labor? breaks new ground by telling the stories of individual laborers at the fair, uncovering the roles that Indians played in the changing economic conditions of tribal peoples, and redefining their place in the American socioeconomic landscape.