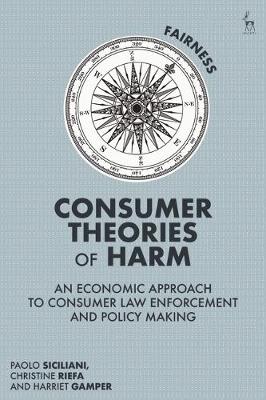 It has long been thought that fairness in European Consumer Law would be achieved by relying on information as a remedy and expecting the average consumer to keep businesses in check by voting with their feet. This monograph argues that the way consumer law operates today promises a lot but does not deliver enough. It struggles to avoid harm being caused to consumers and it struggles to repair the harm after the event. To achieve fairness, solutions need to be found elsewhere. Consumer Theories of Harm offers an alternative model to assess where and how consumer detriment may occur and solutions to prevent it. It shows that a more confident use of economic theory will allow practitioners to demonstrate how a poor standard of professional diligence lies at the heart of consumer harm. The book provides both theoretical and practical examples of how to combine existing law with economic theory to improve case outcomes. The book shows how public enforcers can move beyond the dominant transparency paradigm to an approach where firms have a positive duty to treat consumers fairly and shape their commercial offers in a way that prevents consumers from making mistakes. Over time, this 'fairness-by-design' approach will emerge as the only acceptable way to compete.