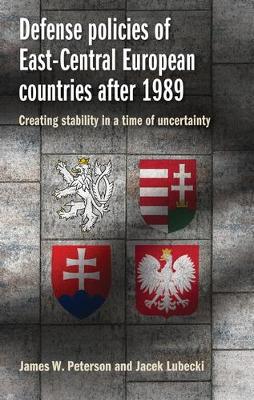 Defense Policies of East-Central European Countries After 1989: Creating Stability in a Time of Uncertainty

The 2014 Ukrainian-Crimean crisis has raised serious questions in the West about Russian motivations and future policy directions. Now more than ever, it is imperative to explore the defensive perceptions, reactions, and preparations of neighbouring countries, the Czech Republic, Hungary, Poland, and Slovakia. Is there a convergence of their approaches along similar paths, or do their different cultures and historical experiences prefigure a divergence of their defense policies? While Slovakia, Hungary and Czech Republic all seem to have little concern about Russia's policies in Ukraine, the Polish response has been uniquely strong and militarized. This book will explore reasons for the different responses to the crisis. -- .

Defense Policies of East-Central European Countries After 1989: Creating Stability in a Time of Uncertainty

Introduction and overview
1 Theoretical framework: liberalism, realism and constructivism
2 Empires and peripheries: security and defense realities of East-Central Europe
3 Communism and late communism: from forced convergence to divergence
4 The Czech Republic: a reluctant ally
5 Hungary: imperial legacies and post-imperial realities
6 Poland: return to the West?
7 Slovakia: politics from the periphery
8 Recapitulation: from convergence to divergence and back?
Index -- .