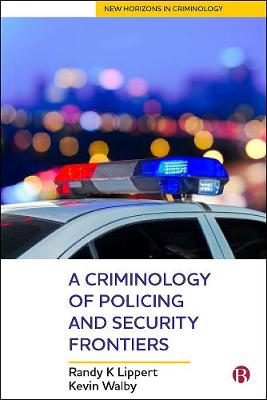 A Criminology of Policing and Security Frontiers

Policing and security provision are subjects central to criminology. Yet there are newer and neglected forms that are currently unscrutinised. By examining the work of community safety officers, ambassador patrols, conservation officers, and private police foundations, who operate on and are animated by a frontier, this book reveals why criminological inquiry must reach beyond traditional conceptual and methodological boundaries in the 21st century. Including novel case studies, this multi-disciplinary and international book assembles a rich collection of policing and security frontiers both geographical (e.g. the margins of cities) and conceptual (dispersion and credentialism) not seen or acknowledged previously.

A Criminology of Policing and Security Frontiers