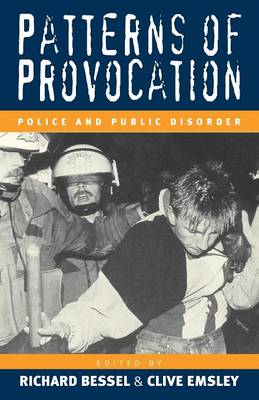 Over the past thirty years social scientists and particularly social historians have stressed the need to take popular protest seriously. The corollary of this, the need to take the policing of protest seriously, seems to have been less well acknowledged. The aim of this volume is to redress this situation by probing, in depth, a limited number of incidents of public disorder and focusing particularly on the role of the police. In doing so, this collection will draw out general patterns of police provocation and public responses and suggest general hypotheses. The incidents explored range across Europe and the United States, involve different kinds of political regime, and are drawn from both the interwar and the postwar years. They pose important questions about the effects of riot training and specialist equipment for the police, about the reality and roles of "agitators" and of "rotten apples" amongst the police, and about the role of the media and the courts in fostering certain kinds of undesirable and counterproductive police behavior.

Chapter 2. The Police and the Clichy Massacre, 1937

Chapter 3. "Silitoe's Cossacks": Policing the Glasgow Gangs in the 1930s

Chapter 4. The "People's Police" and the Miners of Saalfeld, August 1951

Chapter 7. The Police Role in Riots: Discourse or Reality