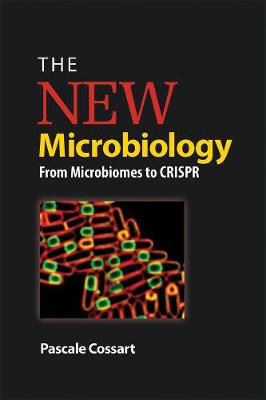 The New Microbiology: From Microbiomes to CRISPR

Microbiology has undergone radical changes over the past few decades and ushered in an exciting new era in science. Microbes, specifically bacteria, are incredibly diverse: some are associated with disease and many others are essential for health. Bacteria are highly complex life forms able to communicate with each other and form mutually beneficial relationships with organisms they colonize. In plants, humans, and other animals, communities of microbes form biofilms and microbiota that use incredibly sophisticated strategies to influence their environment. The study of bacterial immune systems has led to a revolution: the development of the CRISPR/Cas9 system, a precise tool for editing DNA whose usefulness we are just beginning to imagine. Bacteria in both health and disease are at the forefront of global challenges we face today. They evolve to resist the antibiotics used against them, but they can also be used to modify mosquitoes that serve as carriers of diseases like malaria. As we learn about the complex and vitally important intestinal microbiome, it unlocks secrets to good health and potential treatments for problems such as obesity

The New Microbiology: From Microbiomes to CRISPR


4. From the CRISPR Defense System to the CRISPR/Cas9 Method for Modifying Genomes


6. Biofilms: When Bacteria Gather Together


8. When Bacteria Kill Each Other


Part 3: The Biology of Infections


13. The Multiple Strategies of Pathogenic Bacteria


15. Plants and Their Pathogenic Bacteria


17. Bacteria as Tools for Research