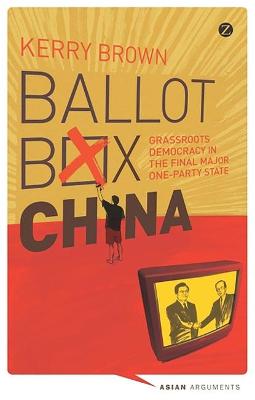 Since 1988, China has undergone one of the largest, but least understood experiments in grassroots democracy. Across 600,000 villages in China, with almost a million elections, some three million officials have been elected. The Chinese government believes that this is a step towards `democracy with Chinese characteristics'. But to many involved in them, the elections have been mired by corruption, vote-rigging and cronyism. This book looks at the history of these elections, how they arose, what they have achieved and where they might be going, exploring the specific experience of elections by those who have taken part in them - the villagers in some of the most deprived areas of China.

Introduction
1. A Brief History of Elections, Democracy and Civil Society in Modern China
2. Democracy... with Chinese Characteristics
3. The Village Election Process
4. The Great Debate: Where Is Chinese Village Democracy Going?
5. The Big Picture: Elections As Part of the Dynamics of a Society in Change
Last words