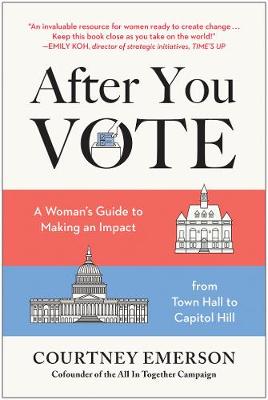 When the election is over, the work is just beginning. The future of America depends on what you do after you vote. Today, women in the United States are more educated and politically ambitious than ever before. However, the record numbers of women running for office, casting votes, and marching for change haven't translated into full and equal political participation. Despite significant progress, women are less likely than men to engage in a range of important political activities-from speaking up on the issues they care about to holding their representatives accountable. Equal parts information and inspiration, After You Vote is both a primer and call-to-action for women of all ages who want to exercise their voices and engage more fully in civic life. It's the ultimate guide to political engagement, filled with practical (and proven) tactics to help women make their voices heard and have an influence on the issues they care about most. This book will help you: Brush up on civics-federal, state, and local Prioritize your issues Use the most effective advocacy tactics Stick with it for the long haul (politics is a marathon, not a sprint!) The question isn't if you can create change on behalf of the issues you care about. You can. The question is: What's at stake if you don't?