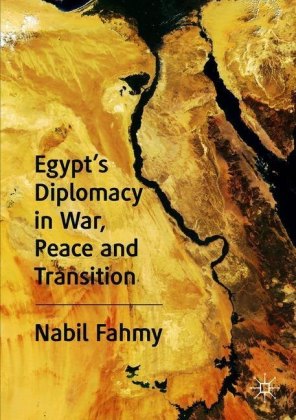 Written from the perspective of an insider of the most prominent events in the Middle East over the last fifty years, this book examines Egypt's diplomacy in transformative times of war, peace and transition. The author offers unique insights, first-hand information, singular documents, critical and candid analysis, as well as case studies, richly sharing his experiences as the country's Foreign Minister and ambassador. This project covers a wide range of issues including the Arab-Israeli peace process, the liberation of Kuwait, the invasion of Iraq, nuclear weapons proliferation in the region, relations with the United States, Russia and other major international and regional players. Most importantly, it offers a series of potential trajectories on the future of Egypt and its relations within the region and the world. This is an essential work for a number of audiences, including scholars, graduate students, researchers, as well as policy makers, and is strongly appealing for anyone who is interested in international relations and Middle Eastern politics.