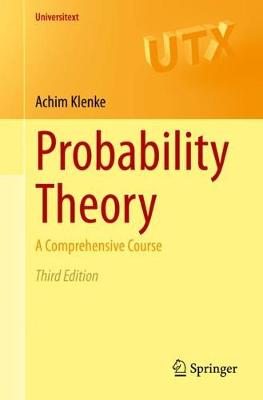 This popular textbook, now in a revised and expanded third edition, presents a comprehensive course in modern probability theory.

Probability plays an increasingly important role not only in mathematics, but also in physics, biology, finance and computer science, helping to understand phenomena such as magnetism, genetic diversity and market volatility, and also to construct efficient algorithms. Starting with the very basics, this textbook covers a wide variety of topics in probability, including many not usually found in introductory books, such as:

The presentation is self-contained and mathematically rigorous, with the material on probability theory interspersed with chapters on measure theory to better illustrate the power of abstract concepts.

This third edition has been carefully extended and includes new features, such as concise summaries at the end of each section and additional questions to encourage self-reflection, as well as updates to the figures and computer simulations. With a wealth of examples and more than 290 exercises, as well as biographical details of key mathematicians, it will be of use to students and researchers in mathematics, statistics, physics, computer science, economics and biology.