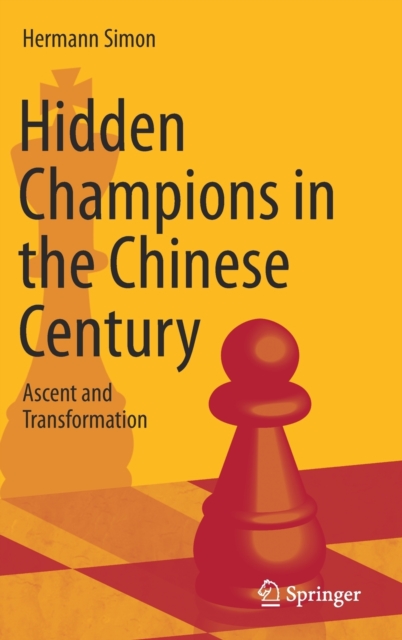 Hidden Champions in the Chinese Century: Ascent and Transformation

"Hidden Champions" are medium-sized, unknown companies with annual revenues under $5 billion that have quietly, under the radar, become world market leaders in their respective industries. In this new instalment to his worldwide bestselling Hidden Champions volumes, Hermann Simon takes readers on in-depth exploration of the ever changing operating conditions and the greater uncertainty and volatility that defines the global business sphere over the next ten years. In particular, in this book he focuses on China's continued impact on the business world since its rise in the global business and economic sphere over recent decades. In this regard, Dr. Simon shows the reader how the current status evolved, and then offers concrete and actionable recommendations. New driving forces such as digitalization, business ecosystems and sustainability receive special attention. While the main focus is on companies in German-speaking countries as they comprise 56 percent of the world's Hidden Champions, the success factors mentioned in this book can be applied globally to mid-sized companies in other regions as they strive to become global market leaders.

Whether a company is a "Hidden Champion", aspires to be one, or wants to emulate their success model, Dr. Simon's new book provides essential food for thought as executives and managers chart their course into the future.

Hidden Champions in the Chinese Century: Ascent and Transformation