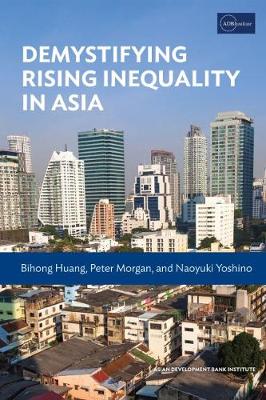 Income inequality is one of the most profound social, economic, and political challenges of our time. The gap between the rich and the poor has been regarded as a major concern for policy makers. This gap is at its highest level in decades for developed economies, while the inequality trend has been rising in many developing countries. In Asia, despite recent economic growth, income distribution has been worsening as well. This book contributes to the existing literature on inequality in Asia by focusing on three broad themes, corresponding to three parts of the volume. Part I offers an overview of inequality in Asia, Part II focuses on the drivers of rising inequality in Asia, and Part III presents country case studies.